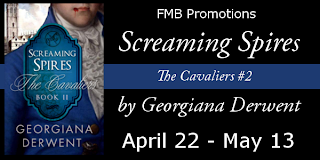 Please welcome a guest post from Georgiana Derwent...
I currently sing in a choir. Most of the time, we sing serious, classical stuff, but in the summer we put on a lighter concert. This year, the theme is “songs from tv and films.” We’re singing lots of fun things, but my favourite by far is Nobody Does it Better, the theme song from the James Bond Film The Spy Who Loved Me.
The chorus goes, “Nobody does it better. Makes me feel bad for the rest. Nobody does it half as good as you. Baby you’re the best.”
Anyone who’s ever seen a James Bond film would probably agree that’s a fairly good description of their lead character - always looking good, seducing every woman he meets, defeating enemies with ease and a snappy line.
In other words, if the James Bond books were being newly released today, he’d probably be vilified by half the reviewers as a Mary Sue. He’s not the only one either. At the moment, adverts for the film adaptation of The Great Gatsby are everywhere. When you read the book, you quickly realise that Gatsby himself is good-looking, rich and popular, with a mysterious past. Daisy is beautiful and rich and seemingly every man who meets her falls in love with her.
What I’m getting at is that characters who are unrealistically perfect aren’t necessarily a bad thing. The concept of the dreaded Mary-Sue originated in relation to fanfiction - the original character who is written into an existing series and is better than the existing characters at  everything and is loved by  the romantic lead (and everyone else) much more than his official love interest . I’d be the first person to agree that that’s annoying, but I’m not convinced that it’s a concept that translates well into original fiction.
When I’m reading a novel, I have a soft spot for the perfect characters. I tend to feel that there are enough dull, average people in everyday life. The majority of the things I read are quite detached from real life - paranormal, fantasy, historical - and I tend to want my heroes and heroines to be as extraordinary as their settings.
In romance novels in particular, readers tend to fall into two camps: those who want average heroines they can identify with and those who want extraordinary heroines they can daydream about being like. Whether I’m reading or writing, I’m firmly with group two. Give me a heroine who is beautiful, confident and talented over one whose only unusual feature is the fact that she’s caught the attention of an improbably attractive man.
One of my favourite reads recently was Daughter of Smoke and Bone, and its sequel, Days of Blood and Starlight. The heroine has blue hair, speaks 26 languages fluently, draws brilliantly, can fly and has both intensely loyal friends and a large number of admirers. She should have been infuriating, but she was one of the things that made the book great. A mousy talentless lead would have been far duller and, let’s be honest here, would have made the romance with an angel plot a lot less feasible.
Because this is the other problem. There may be some readers who like to read about really normal heroes - average looks, average intelligence, average income, everyday life - but most seem to want their fictional men to at the very least be very good-looking and ideally to be extraordinary in other ways too. And I find it far harder to believe that a perfect man is in love with an ordinary woman than to believe in a remarkable heroine. To be clear, this isn’t just about looks - a hero falling for a woman less physically attractive than him can be great, just as long as there’s something about her to justify and explain his feelings - her intelligence, bravery, special powers or  charm. But some heroines I’ve come across recently have been so utterly dull that I struggle to imagine anyone obsessing about them, never mind the godlike specimen of manhood that the book chooses to match them with.
The worst thing of all though is when authors go for the middle ground - the heroine who is utterly wonderful, but is either deliberately self-deprecating  or is presented (despite their supposed intelligence) as utterly blind to the fact that they are beautiful and adored by everyone.
If there’s one thing that makes me want to throw a book across a room, it’s lines like:  “Sally looked at her gigantic breasts and wished she could fit into a little strappy top like all her friends.  She brushed her riot of waist-length curls, cursing the fact that she could never make her hair be straight and sleek. What man would want to go out with someone who looked like her?”
Ideally, give me a heroine who is both extraordinary and oozing confidence but doesn’t go on about her charms. Failing that, give me one who is average, but accepts that fact and makes the best of things anyway. Nothing is less fun to read about than false modesty/fishing for compliments or self-esteem issues. It doesn’t make an otherwise perfect heroine more relatable, it makes her irritating in a whole new way.
So what about anyone else? Do you come down on the side of the average heroine or the extraordinary one? What about supporting characters - does everyone being as perfect as the heroine make the situation worse or better? And perhaps most interestingly, is there anyone who prefers their romantic heroes to be average guys?
Now for her current release :)
Screaming
The Cavaliers #2 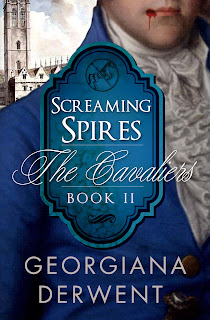 A Tale of the Posh, the Privileged and the Paranormal...

The Cavaliers are the most elite society at - rich, powerful, and beautiful. No one realises that they are no ordinary students, but a group of aristocratic vampires from the English Civil War. For four hundred years they have groomed the most promising students to run the government, police, and finance in the way the vampires wish, granting them eternal life in return for absolute obedience.

In her first year at , Harriet French became inextricably tied to the Cavaliers. Now Harriet’s back at for her second year. Armed with a vampire boyfriend, some great friends and the truth, she’s expecting an easier time.  She’s wrong.  Her best friend is now a vampire and the Cavalier who turned her to save her life is facing death for the one good deed he’s ever done. Just when it seems that things can’t get any worse, the Cavaliers’ ancient enemies decide to strike at the heart of the society and they’ve got Harriet in their sights.

Screaming continues the story of an ancient vampire conspiracy and the ordinary girl caught in its web begun in Oxford Blood.

“Dance with me,” someone said suddenly, taking hold of her hands in a way that left no room for argument.

With a sinking feeling, Harriet recognised George’s voice. She forced herself to stay calm as she looked up at him, pristine in his tailcoat and Cavalier bowtie.

“Dance with you? Are you insane? You killed my cousin. You kept my necklace hidden for weeks. You mesmerised me whilst they drained Caroline. If I had the strength, I’d kill you.”

George smiled and shook his head. “No you wouldn’t,” he said firmly, leading her onto the dancefloor.

Before Harriet had a chance to take stock of the situation, they were in the middle of the marquee. She moved to the music as though she had no control over her body, allowing herself to be alternately spun around by George and pulled into him.

“So don’t I get a thank you then?” he whispered after a particularly vigorous twirl.

“I don’t know how you have the nerve even to speak to me, never mind to ask for my thanks.”

“I gave you what you wanted,” he said, pulling her closer. “I gave you your best friend back. If I’d asked you beforehand, what would you have said? Let her die or change her?”

Harriet was finding it difficult to concentrate on the conversation. The marquee was hot and full of people; the music was loud; the dancing was too vigorous. She needed to sit somewhere cool by herself and get her thoughts in order. Instead, George’s deep green eyes were boring into her, his cool hands were gripping hers, and it was becoming harder by the minute to remember all the terrible things he’d done. Harder still to push him away.

Georgiana Derwent read History at . Aside from the vampires, The 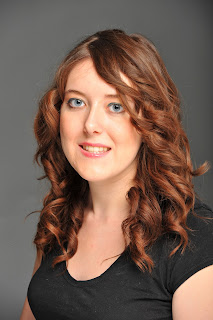 Cavaliers Series is an exaggerated but fairly accurate portrayal of her time there. She now works in and lives with her fiancé. He’s been very supportive throughout the writing of her books, mainly because he likes to claim that all the most attractive characters are based on him.
Georgiana fell in love with vampire novels after reading The Vampire Diaries back in 2000. At the time it was a struggle to find any similar paranormal romances, a situation that it’s fair to say seems to have been rectified in the last few years. She now loves paranormal series, fantasy novels, and modern literary works in roughly equal measure.
Ever since her teens, she wanted to write a vampire series. Ever since going to she wanted to write a book about her experiences there. During a dull few months between finishing university and starting her graduate job, she had the idea of combining the two and The Cavaliers Series was born.