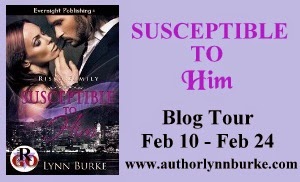 I’ve always loved historical romance and fantasy. My read and to-read list is loaded with both. It’s all I’ve written. It’s what I know best.

So, when this 21st century Boston girl named Lia Risso started whispering in my brain, I went all googly-eyed. o_O
Seriously? You want ME to tell your tale?

Italian and headstrong (like me), she insisted. I bowed down and obeyed. The story that emerged was so different from what I’d written before, so much…spicier…that I realized a pen name would be necessary.

Why? Hehehe The extended family would make more than a few googly-eyes themselves. Can’t be disappointing them now, can we? Besides, I personally have a hard time when a favorite author of mine crosses into an opposite genre. It just doesn’t seem…right.

Lynn Burke was born, and Evernight Publishing accepted the first of her, er…my, Risso Family novellas, Susceptible to Him.
Have I enjoyed genre hopping? Hell yes. I am in LOVE with the Risso family. I think of the four siblings throughout the day, and even dream about them. You other authors will know exactly what I mean. *wink*

Do I love one writing one genre over the other? Nope, but my muse dictates what I’m able to focus on, and I go with it.

For now, that’s Lia brother, Cole. Hoping to submit his story within the next week or so.

How ‘bout you? Write more than one genre? Hate when your favorite author tries to switch?


Susceptible to Him
A Risso Family Novella
Contemporary Romance
by: Lynn Burke 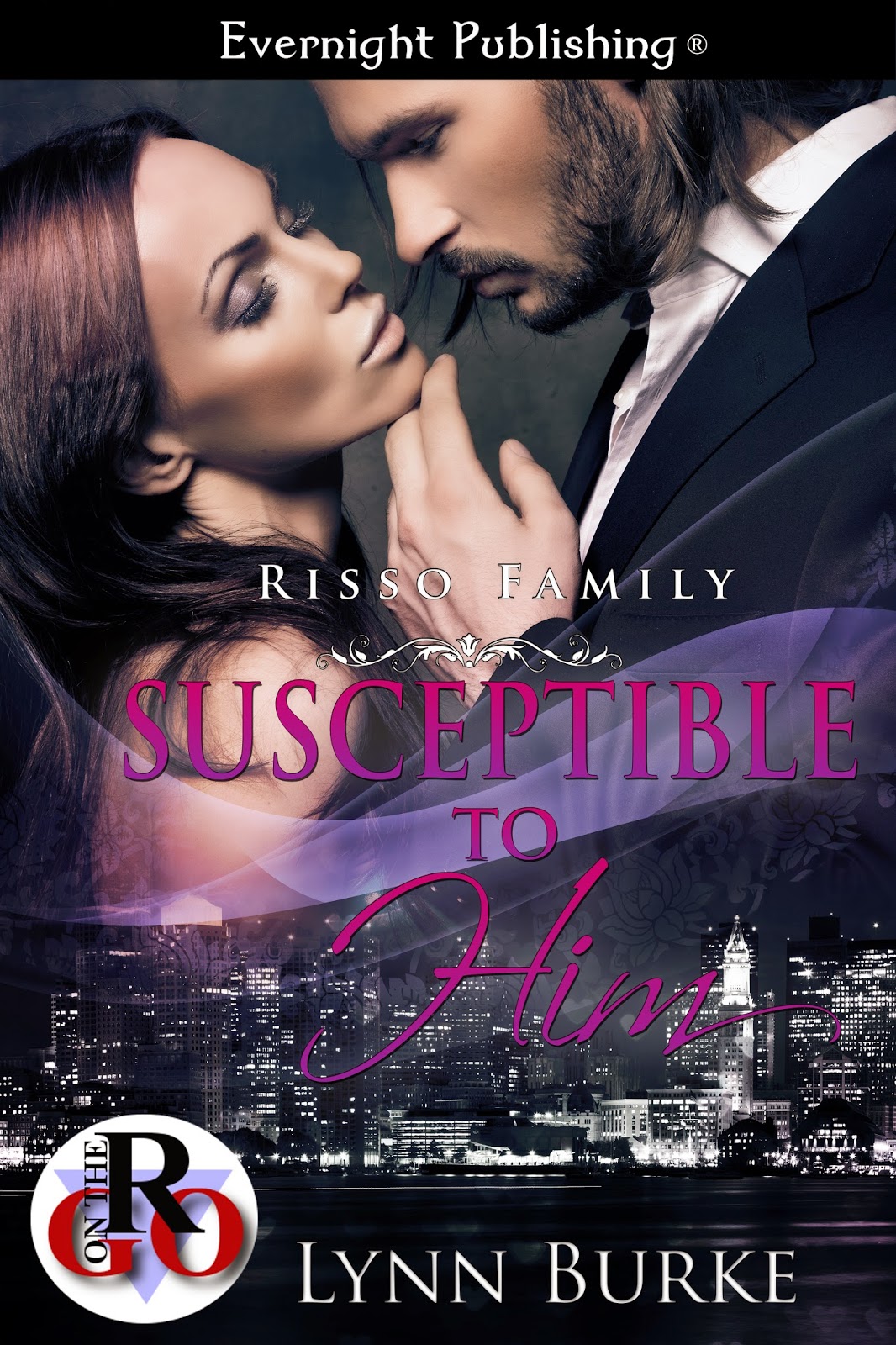 Lia Risso walked in on her fiancé and three other women on Valentine’s Day. Two celibate years later, her roommate creates a profile for Lia on a dating website—without her knowledge—and sets up a date. On Valentine’s Day.


Ryan Walsh, a self-made millionaire and libertine, refuses to commit to any one woman. Tossed from foster home to foster home as a child, Ryan is on guard against becoming vulnerable ever again.


One dinner…one night of dancing and flirting with the attraction between them, puts both Lia and Ryan in danger of heart break.


They have a choice—open themselves to the possibility of hurt or walk away, never knowing what might have been.


My nerve endings stirred as the subtle scent of sandalwood wafted across the table time and again. What man used sandalwood-scented soap anymore? By the cut of his suit and the Rolex on his wrist, Ryan Walsh had money. And plenty of it. Why no expensive cologne? The chick-lure nectar of the gods his type bathed in?


He grinned again, and heat filled the empty place only Mr. Pink had seen or stroked in two years. Ryan’s attention drifted to my lips and lingered as our waiter took his time pouring our wine.


I forced myself to breathe as my treasonous nipples pebbled, begging for attention.


Damnation. I do not want this.


He was too friggin’ sexy for his own good. And by his suggestive grin and the twinkle in his eyes, he knew it too.


“Are you ready to order, Lia?” Ryan asked, his focus staying on my face instead of dipping downward like most men’s did.


Praying my voice didn’t betray my arousal, I turned my attention the waiter. “I’ll have the shrimp Fra Diavlo.”


Ryan spouted off a few words in Italian, never once breaking eye contact with me.


My lips twitched. Papa would be impressed.


When the waiter ambled away, a smile—a real smile, not the cocky, you-know-you-want-me ones he had offered until then—revealed straight, white teeth.  “So.”


His low voice caressed my ears, and I pressed my thighs together. Thank God I hadn’t shaved. No doubt he had little trouble getting women into his bed. Or their bed. Or against a wall.


Lynn Burke is a full time mother, voracious gardener, and scribbler of spicy romance stories. A country bumpkin turned Bay Stater, she enjoys her chowdah and Dunkin Donuts when not trying to escape the reality of city life.

An ecopy of Susceptible to Him, Heart Wine Charms
and a $10 Amazon Gift Card

Email ThisBlogThis!Share to TwitterShare to FacebookShare to Pinterest
Labels: Evernight Publishing, guest post, Lynn Burke, Romance on the Go, Susceptible to Him

Caught Inside by S. Briones Lim 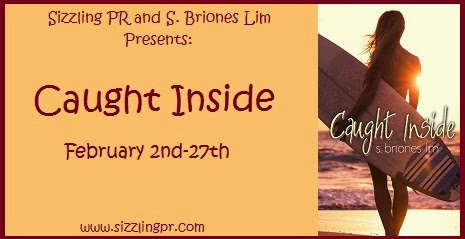 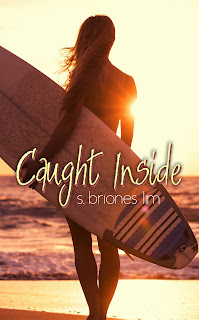 Even Riley Dillon’s lucky red shoes couldn’t save her from the worst day imaginable—though they did act as great projectile against her cheating fiancé!

After finding her life in turmoil, Riley leaves New York and returns to her hometown of Mistcoast, California where she takes a job at the local surf shop owned by Blake Reynolds, who has certainly grown up a lot since high school.

Blake Reynolds is handsome, talented and driven. At twenty-four the blond haired, blue eyed surfer seemingly has it all: a booming business, hometown following—everything but the girl of his dreams. Luckily, fate decides to give him a second chance.

After ten years apart will Blake finally win Riley’s heart? Or will she continue to see him as the annoying freshman she used to tutor?

One thing’s for sure, only the California sun and surf can help decide.

Thanks to her Mom’s unwavering devotion to read a childhood bedtime story to her every single night, S. BRIONES LIM’s love for books began before she could even speak.
Raised in Southern California, Lim initially dreamt of becoming an artist. After a Psychology Degree (Summa cum Laude), a stint in Art School, and a career in Advertising/Media she is finally diving back into her first love – books. As a self-renowned bookworm, Lim’s love for reading has inspired her to pen her own novels and hopes her readers will fall in love with her stories as much as she enjoys writing them.
Her obsessions include time with family, Cherry Coke, popcorn with jalapeños, watching movies and her dogs, Tobi and Roscoe. She currently lives in Virginia with her husband.