It's All About the Book: High Risk Fever by Lea Bronsen w/a #giveaway 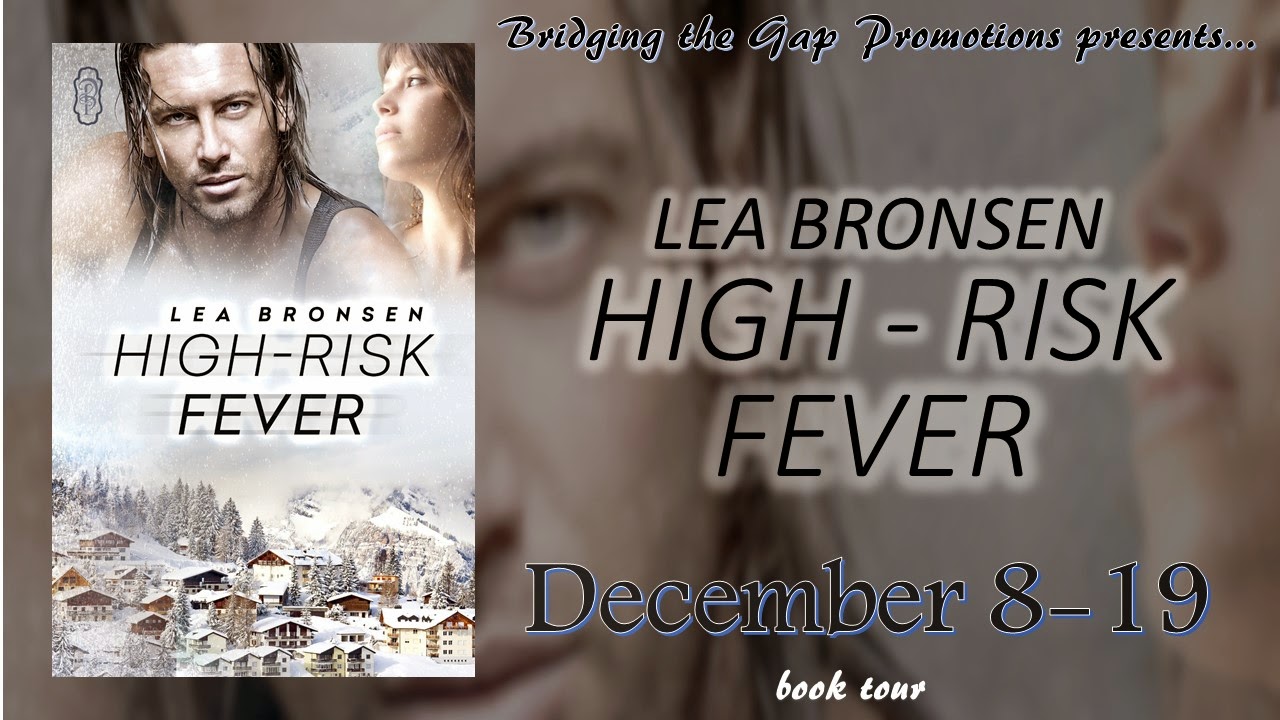 * Please tell us about your current release.

Title: High-Risk Fever
Blurb: Two young and indecently handsome bicyclists visit a village in the French Alps during the summer holidays. Forced by a raging storm to spend the night at the local bed & breakfast, they invade the quiet lives of hostess Anne and her husband, Brian. A power outage plunges the foursome into darkness, encouraging new liaisons to form, life-long secrets to be unveiled, and steamy lessons to be learned. But once the storm moves on, can the four find a balance and resume their normal lives?

*What is this book’s genre?  Is this the genre you usually write in?   Are there any genre’s you haven’t written that you’d like to try?

* What inspired you to write this book?
I started it in response to an erotica anthology call in the spring of 2013. The inspiration itself was a mega sexy photo of British dancer Aaron Sillis sitting on a bicycle. It was begging for a story to be told, and I was more than happy to oblige! Ha ha

The title came to me while I was writing the first chapter. I knew then that the location was in the HIGH mountains, the interaction between some of the characters would become very RISKY, and one them was going to be sick with a FEVER (thus hot and sweaty, lol) so I made this little wordplay for the title.

* How did you create your characters?  Did you use any real life people in their making?
The two main characters, Anne and the Italian bicyclist Micaela (or Mica as she likes to call him) came to life naturally, but the full depths and widths of their personalities weren’t clear to me until the end of the book. The two other characters, Anne’s husband and Mica’s boyfriend, were fleshed out little by little, too. I didn’t use any real life people in their making – but the bed & breakfast is a real place I have visited and loved, so every locale detail in the book is accurate J

* Who is your favorite character of this book and why?
My favorite character is Mica because I’ve given him all the qualities I like in a man. He’s gorgeous, self-confident, mischievous, hot-blooded, and athletic – and he has a high sex drive. Writing the story from Anne’s POV meant I got to drool on him, too! *grins*

* What is your favorite part of this book?  Can you share an excerpt from that part?
I think the part I like the best is the one where Mica begins to show his feelings for Anne. I may write dripping erotica, but I’m a real softie inside! Here’s an excerpt:

The mattress moved. Mica’s warm body snuggled against hers, molding to her back.
She froze, stopped breathing.
“Why you crying?” His warm breath brushed her neck. A hand sneaked between her arm and chest, wound around her stomach, and pressed them closer together. Long fingers moved to her lower stomach, spreading on the shirt.
A rush of lust charged through her like a bolt of lightning, merciless, searing, and all-consuming. She stiffened and held back a whimper. At the same time, his hoarse voice sent strange shivers down her spine, making her ache for something else. Warmth, perhaps. Comfort, reassurance.
He asked why she was crying? Was he to be considered a friend, someone in whom she could confide?
She wanted to turn around and touch him, smell his scent, taste his skin, dive into him as if he were liquid, and become one.
Sizzling with need, stiff and numbed by excitement, she rolled onto her back, eyes wide but barely noting details in the dimly lit bedroom’s ceiling. His hand slid to the other side of her waist, leaving his forearm to rest heavily on her tummy. She couldn’t help arching up as her pussy muscles contracted with desire. His warm, regular breaths brushed her ear, their calmness urging her on.
Again, she rolled, as if programmed to, until their knees and chests collided and her hand found his shoulder, nails digging into the woolly fabric of his pullover. Light from the hall behind him caressed the silhouette of his temple and cheeks, but rendered the rest of his face invisible in the shadow. Only his eyes glimmered from the low light that sneaked into the room. Soft breaths from his nostrils mingled with her own erratic, needy breathing.
While his arm slid farther around her waist, fingers pressing the small of her back—bringing them even closer, if that were possible—she brought her nose to his and sought his lips. It seemed the most natural and obvious thing, something they’d postponed for days.
He moved back with a faint chuckle. “No, don’t. I’m contagious.”
Oh, merde. Her cheeks heated. In a moment of extreme fatigue and frustration, she had interpreted his closeness as invitation. But he was ill, so ill they’d driven for help in the middle of the night, and the doctor deemed it necessary to give him medicine. How had she forgotten?
She was so tired and confused. Searing humiliation mixed with exhaustion. She bit her lip and closed her eyes while burning tears pressed behind her lids. She removed her hand and let it slide down between their stomachs, resting her palm on the mattress, creating distance.
His hand left her waist, and in the next moment, moved up to her face. Gentle fingers caressed her cheeks and forehead, brushing her trembling lips, wiping her wet eyes with unexpected tenderness. “Shhh.”
Filling with warmth, she turned to bury her face in the soft pillow and swallowed a painful gasp. Her tears soaked the fabric. The sheets smelled of apple, like those of her bed at home. Brian’s image appeared in her mind, but she ignored it.
Mica moved up on the mattress until his chin rested on top of her head, beard stubble grazing her scalp, and snuck his hand to her back, pressing her chest closer to his stomach. “Sleep, bella. I’m here in the morning, too, you know.”

* What was the hardest part of this book to write? Can you share an excerpt from that part?
The most difficult part was writing the last ménage scene, which spanned over three chapters. The choreography – keeping track of four different person’s simultaneous actions, reactions, interactions, feelings, and dialogues – was simply crazy! Here’s an excerpt:

Todd directed his thick, smooth length to Anne’s folds then stopped. A frown grew on his forehead, and he masturbated a little. “I’ve never done this with a girl. It’s so strange.”
“It’s okay. Let me do it.”
She was about to grab his cock when Mica appeared out of nowhere and snuck a hand between her thighs. What was he up to?
Oh, he started a centrifuging program, the devil. The machine vibrated under her ass, with a speedy, rumbling noise echoing in the tiny bathroom.
Todd raised his brows. “What are you doing that for?”
“Wait and see.” Mica grinned.
She gasped as the vibrations from the hard plastic ran through her body, shaking and tickling every sensitive bit, pussy, nipples, tongue. Clutching the side of the washer for balance didn’t help much, because her hands and arms trembled. She had no control. A new rush of unmistakable heat built in the deepest part of her, sending waves through her stomach. One stronger than the others made her mew and arch her back. Was she going to come before he even penetrated her?
“Oh, I get it.” Todd placed himself between her legs again, the tip of his hard rod poking between her lips. She was so wide open, it would take one push for him to slide into her wet heat.
“Wait.” Mica put a hand on her ribs and pressed her down on her back. At the same time, he shoulder-bumped Todd away from her.
Now the vibrations made every single bone in her spine shake against the hard surface. She put her feet up on the washer, facilitating the access to her needy entrance. More juices leaked, like a sizzling rain of hot lust. The combination of alcohol in her veins and witnessing the atrociously erotic gay sex had her at the brink of orgasm. She closed her eyes and prayed to be filled now.
“Mica, what the fuck?” Todd’s breathing came in quick pulses through gritted teeth. “What the hell’s on your mind?”
Mica laughed. “I said wait. First, you have to learn how to treat a woman.”
“No. I need to come so fucking bad. Look, I’m dripping.”
She opened her eyes. Indeed, semen leaked from the thick, reddish mushroom head in Todd’s fist. Oh, her pussy muscles clenched again. And again.
Ignoring him, Mica gazed at Brian, who stood on the other side of her. “Is okay I taste your wife?”
“Yeah.” Brian was red-faced, his chest hair wet from the shower. He held the bottle of cognac in one hand and his giant erection in the other.
Anne’s head spun, as if she were hanging from a carousel gone mad while her body trembled from the turbine underneath.
Todd groaned. “I swear I can’t wait.” With a grimace of pain, he stroked his cock.
Mica knelt between her spread legs, lapped the tender flesh between her lips, and slid his tongue inside her.

* Did you have any special rhythm or quirks while writing this?
No, I never do. I write whenever I have time, or when an idea comes to me and I hastily note it down to develop it later.

* Is this a stand-alone book or is it part of a series?  If so, we want to hear about it and what’s next in the series.  If not a series, what comes next to be released?
This story, contrarily to others I have written, is a stand-alone. Of course, I do have a few ideas about what happens next, but as of today, there isn’t enough material to write a sequel. The next story to (hopefully) be released during spring 2015 is book two of the erotic interracial romance series Hot Model Mine.  I’m also nose deep in a longer and more complex project, the psychological thriller Carnivora that deals with child trafficking. 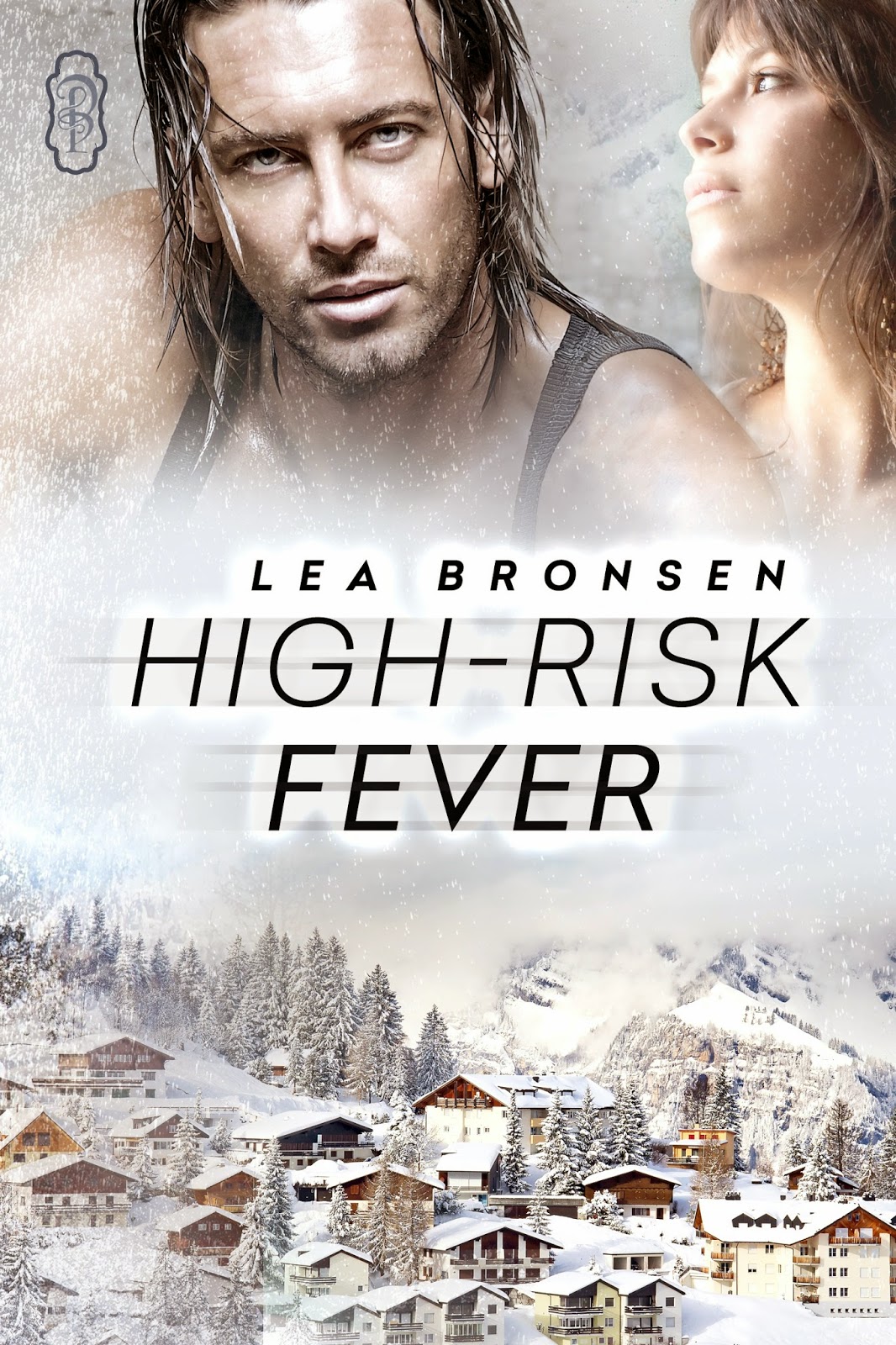 Two young and indecently handsome bicyclists visit a village in the French Alps during the summer holidays. Forced by a raging storm to spend the night at the local bed & breakfast, they invade the quiet lives of hostess Anne and her husband, Brian.

A power outage plunges the foursome into darkness, encouraging new liaisons to form, life-long secrets to be unveiled, and steamy lessons to be learned.

But once the storm moves on, can the four find a balance and resume their normal lives? 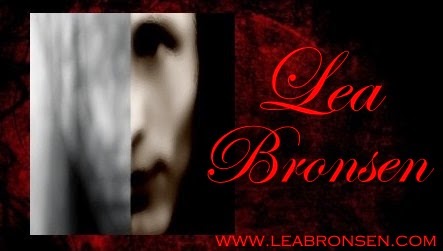 
a Rafflecopter giveaway
Posted by Krista Ames at 3:47 PM