Review: Falling for the Backup by Toni Aleo & Giveaway 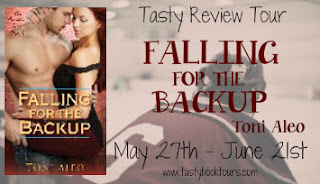 Falling for the Backup


Toni Aleo’s sexy new eBook original novella featuring the Nashville Assassins will have you believing in the power of love at first sight . . . and second sight . . . and the third.


After serving as a dutiful bridesmaid in the wedding from hell, Aynslee Shaw just wants to

slink home to Nashville and forget the whole trip. That is, until the hottest guy she’s ever seen is seated next to her on the flight and dazzles her with his easy laugh and killer smile. But just when she thinks things are getting good, he vanishes, leaving Aynslee wondering, was that guy the one? And did she just let him slip through her fingers?


Former superstar goalie Jordan Ryan is back on the ice—finally. After a crippling knee injury that had him wondering if he’d ever play pro hockey again, he’s got his full attention on rebuilding his career. So a pretty—okay, beautiful—girl on a plane shouldn’t be a distraction. But Jordan is very, very distracted. And when Aynslee crosses his path again, he’s not sure any job in the world is worth missing his second chance with a woman like her.


Includes a special message from the editor, as well as an excerpt from the Loveswept title Empty Net. 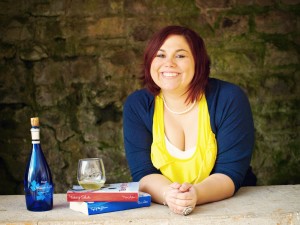 Toni Aleo is the author of the Nashville Assassins series: Taking Shots, Trying to Score, Empty Net, and Blue Lines. When not rooting for her beloved Nashville Predators, she’s probably going to her husband’s and son’s hockey games and her daughter’s dance competitions, taking pictures, scrapbooking, or reading the latest romance novel. She lives in the Nashville area with her husband, two children, and a bulldog.