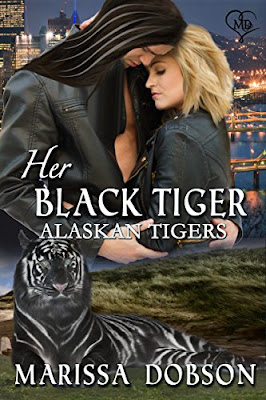 Brooklynn Armstrong’s law enforcement career comes crashing down when a fugitive shapeshifts in front of her. Too stunned to do anything, she’s flung out of the way, and reports the incident only to have her badge taken from her. Determined to prove what she witnessed, she ends up in the world of the paranormal—unaware of how deep she’s ventured.

Barely a day back in Alaska and Carran has been given a mission to detain the lion shifter in Pittsburgh who exposed himself to two police officers and reunite him with his daughter. He’s worked to secure a permanent position with the Elder guards, and this mission might be the clincher. But when a woman stirs emotions within him, revealing the past that he keeps hidden deep inside, will the future he fought for still be what he wants?

Carran opens a new world to Brooklyn, but it’s her who saves him. She forces him to come to terms with his past. Will she accept the future he’s opening up to her?

Born and raised in the Pittsburgh, Pennsylvania area, Marissa Dobson now resides about an hour from Washington, D.C. She's a lady who likes to keep busy, and is always busy doing something. With two different college degrees, she believes you are never done learning.

Being the first daughter to an avid reader, this gave her the advantage of learning to read at a young age. Since learning to read she has always had her nose in a book. It wasn't until she was a teenager that she started writing down the stories she came up with.

Marissa is blessed with a wonderful supportive husband, Thomas. He's her other half and allows her to stay home and pursue her writing. He puts up with all her quirks and listens to her brainstorm in the middle of the night.

Her writing buddy Cameron (a cocker spaniel) is always around to listen to her bounce ideas off him. He might not be able to answer, but he's helpful in his own ways.

She love to hear from readers, send her an email at marissa@marissadobson.com