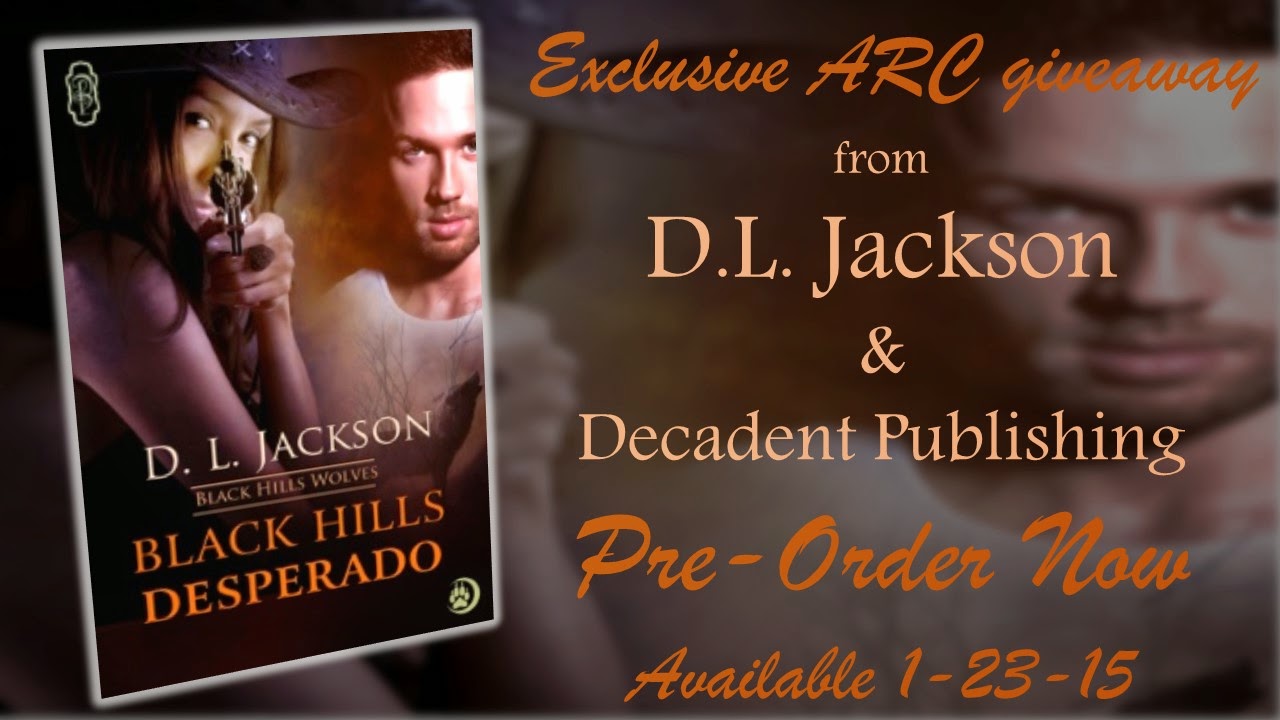 Bonnie Parker, aka the other half of Bonnie and Clyde, glorified a scary and violent crime in the 30’s—bank robbery. After meeting Clyde Barrow at the age of 19, Bonnie sank into the criminal world, robbing banks and small business, leaving a trail of bodies in her wake.

In Black Hills Desperado, you get to meet another female bank robber. But Xio Davis has one thing the infamous Bonnie Parker didn’t, a conscience. Forced to flee from a mentally unhinged alpha, Xio Davis rides out of town of the back of a stranger’s motorcycle and into the bowels of a criminal enterprise, where she robs banks to stay in her boss/boyfriend’s, favor.

When she comes face-to-face with FBI agent Marcus Cazador, Xio must make some decisions if she’s to survive. The next few months will see her free or dead. She knows if she messes up again, even her mate won’t be able to get her out.

And he is her mate. She can no longer ignore the pull, but question is, can she have love and freedom both, something she believes impossible. Xio will answer to no wolf. 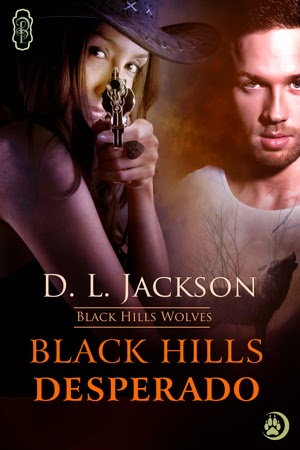 Nothing Xio Davis does is right. When she abandons her pack, riding out of town on the back of a stranger’s motorcycle, she finds she’s bitten off more than she can chew. First, it’s small-time crimes, then bank robbery. As Xio sinks into the criminal underworld, the FBI catches up with her. Now, she’s got one way out: snitch.

When Xio turns state's evidence against a Mexican drug lord, Agent Marcus Cazador steps up to take her home, giving up his career, his place in the El Paso pack, and all he knows to protect her.

Xio claims she’s not the same wolf who left ten years before, but can she convince Marcus she’s changed her wicked ways? Or will the Black Hills be the end of the road on her long journey to redemption?

Excerpt:
“Good morning, Miss Davis. Let me introduce myself. I’m Special Agent Marcus Cazador of the FBI. Didn’t anyone ever tell you banks are most often robbed within the first few minutes of opening? We figured you’d be here, after the invitation we’d extended. Safest bank in Texas. I can see you liked the billboard at the port of entry. You and I have a lot to talk about, but business first.”

He’d used her real name, one she hadn’t heard in ten years. It sounded strange coming from his mouth, but also right, as though he’d been born to say it. Not good. This man was dangerous in so many ways. “Bite me.”

“You have no idea how much I’d like to.” A knee pressed down into the center of her back, and he yanked her arms behind her and slapped cuffs around her wrists. He rolled her to her back, sat her up, and tugged the mask from her face.

“At last we meet.” And then he spoke the words she’d hoped never to hear. “You have the right to remain silent.” 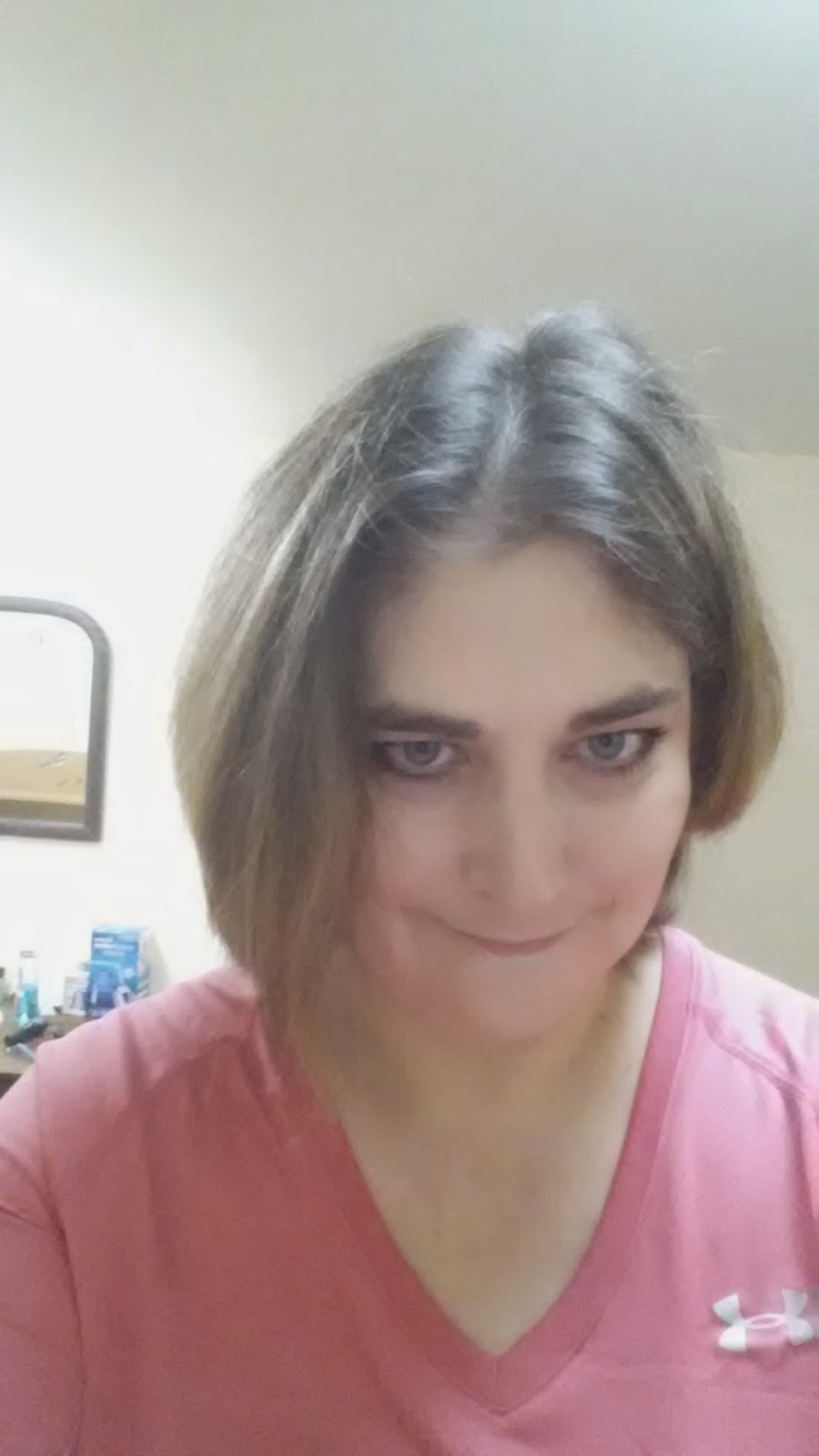 D. L. Jackson is an award-winning author of urban fantasy, science fiction, military romance and erotic romance. She loves to incorporate crazy plot twists, comedy and the unexpected into her worlds. As a U.S. Army veteran, she naturally adores men in uniform and feels the world could always use more. She does her part by incorporating as many sexy soldiers in her novels as she can. When she isn't writing or running the roads, you can often find her online chatting with her peers and readers. Grab a cup of iced coffee, pull up your virtual chair and say hi. She loves emails and blog visits from her readers. www.authordljackson.com/

Thanks for stopping by. I will be giving away an ARC, advanced reading copy to one lucky reader of this post.

*This is the only copy I am
giving away before release*

so if you want to be the first to read it,
leave your name &  email to toss your name in the hat.
You have until midnight of this post to enter.
I will draw a winner on Sunday, January 18th.