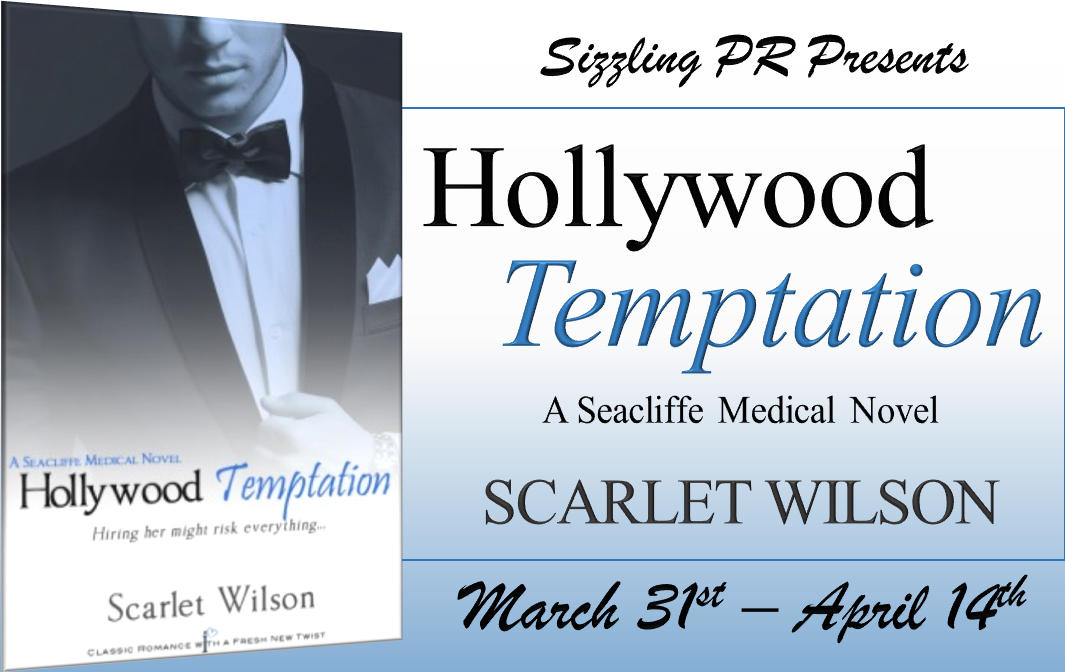 
What brings you to Hollywood, Selena?


It’s a funny kind of story.  I’m part Scot, part Texan.  I came to the USA for the job opportunities.  And I had a job, then kind of lost it when everyone else lost theirs.  I’ve been trying to find something else but keep meeting the same people at every interview I go to.  It seems that every barista at Starbucks currently has an MBA.


Why have you stayed?


I love it here.  The weather and people are awesome.  And I met someone who told me just to move in and have a good time.  So I did.  Until the visa bill came in and he threw me out.


How did you get your injury?


Mark threw one of my Christian Louboutin’s out of the apartment window.  It kind of took me by surprise and knocked me out.


Were you angry with him?


Not really.  Well, maybe.  Once I realised he’d damaged my shoes.


I was lucky.  I went there to get my head stitched, forgot I’d maxed out my visa and needed a way to my bill.  Colt Travers decided to let me temp here for a month.


What do you make of Colt Travers?


Doctor Temptation?  He smoulders.  Constantly.  Particularly when he’s around me.  I’m counting down the weeks until I’m not officially an employee anymore.  Because, after that?  Who knows what could happen between us.


How will you keep your hands to yourself in the meantime?


Superglue.  Or I’ll sit on them.  Or I’ll imagine Helen the owners face.  She’s on to me already.  Or I might have to resort to taking cold showers.  If I don’t,  I’ll end up in the spa hot tub and hope that someone will join me…. 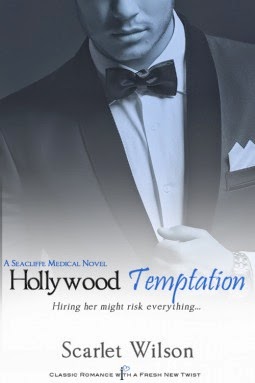 About the book:  Hollywood surgeon Colt Travers needs a new receptionist ASAP.  When the adorable—and completely broke—Selena Harris comes in needing stitches, he takes a risk and hires her on the spot. She can pay off her bill, and he won’t have to answer the phone anymore. They're opposites in every way, and she's exactly what he doesn’t want in a woman—impulsive, carefree, and amusing. He's trying to resist her, but the longer she's around, the further he sinks into temptation.

Selena never meant to get herself in such deep financial straits. LA has way too much temptation, from high-end shopping to gorgeous men, and now her life is in chaos. But Colt is different—responsible and noble—and although their chemistry is off the charts, he’s keeping her at arm’s length. She's determined to win his trust--and his heart--but will the secrets she's desperately trying to hide ruin their chance for a big Hollywood happy ending?


Author Bio:  Scarlet Wilson wrote her first story aged 8 and has never stopped. Her family have fond memories of ‘Shirley and the Magic Purse’ with its army of mice, with names all beginning with the letter ‘m’. An avid reader Scarlet started with every Enid Blyton book, moved on to Sweet Valley, and many years later found romance novels.

Scarlet writes for Harlequin Mills & Boon Medical and Romance lines and Entangled Publishing. Scarlet lives on the West Coast of Scotland with her fiancé and their two sons.


Excerpt:  A car skidded to a halt outside. He stood up and walked over to the window. It wasn’t the type of car that normally appeared in their parking lot. Not the usual parking spot, either. It was usually cars-for-the-stars around here. But this was a run-of-the-mill car. He watched as a blonde bombshell emerged from the car, pressing something to her head. There was a parking


lot directly to her left. It was clearly marked. She had practically blocked the driveway parked there. Another woman who thought the rules were made for everyone else.


She looked upward and he caught his breath. Even in her disheveled state he could see she was a knockout. Blond hair around her shoulders, lovely bone structure—the one thing a plastic surgeon always noted—lightly tanned skin, curves in all the right places, and fuchsia-pink lips. His favorite color on a woman.


He watched as she struggled to straighten her blouse and skirt with one hand, a signature handbag weighing her down as she continued to press something to her head. She stumbled. He winced. The last thing they needed was someone to fall on their way into the clinic and sue them. Bad publicity and lawsuits were not what they needed right now.


Something was caught around her ankle. He could see the bright scrap catching on the stiletto heel of her shoe. She stopped and dumped her bag on the ground then bent down to retrieve the wayward piece of material. Her head shot back up quickly, glancing at all the windows in the clinic. Her face was scarlet.


Colt couldn’t stop the hearty laugh he let out as she bent down and stuffed the pink thong into her bag.