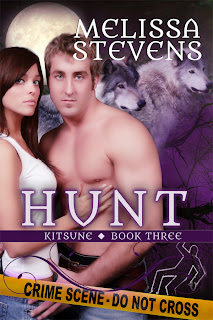 Nickie returns to town eager to get back to her life and routine but soon discovers that there are many more changes headed her way. After an old school friend is murdered, a threatening message is written on the news article about her death and left for Nicki. She begins to wonder if maybe her friend had been killed as a warning to her, but why?
Together, Nickie and Devon set out to figure out who is behind the murder and what it has to do with Nickie, but can they do it before she gets hurt again?
More Information and Buy Links

I got home and made my way up the stairs to my third floor apartment, expecting Devon to be there, only to find the place empty. I checked the electronic lock panel next to the door, the entry log said no one had been inside since I'd left that morning. I frowned, wondering where Devon was as I started toward the bedroom to change out of my suit. As I turned toward the bedroom I spotted a piece of paper on the floor near the door, close to the wall or I would have stepped on it when I came in.

After the last thing I'd found under my door I wasn't sure I really wanted to know what this was, but I picked it up anyway. It was a printout of the news article I'd read that morning about Annie, but someone had slashed "SHOULD HAVE BEEN YOU" across the front with a red marker. Rolling my eyes, I set it on the table next to the door and went to change clothes.

I peeled out of my suit and hung it up. I was still standing in my underwear flipping through the clothes hanging in the closet, trying to find something to wear when I heard the front door open. I froze. I scented the air and caught the smoky fragrance that was Devon, but I wasn't sure if it was him coming in or a remnant from him sleeping in my bed. I really needed to learn to differentiate between old scents and fresh ones.

"Nick?" Devon's voice called from the living room. I let out the breath I'd been holding and went back to looking for something to wear.

"In here." I called back, pulling a sundress off a hanger. I quickly pulled it over my head and, still pulling it down, went to see him.

He stood just inside, frowning down at the threatening note, "Where did this come from?"

"I found it inside the door when I came in. You're later than I expected, I thought you'd be here when I got home."

He looked up, "I got hung up at your folks, and then I stopped and picked up dinner." He lifted the bag still hanging from one hand, "I don't like this." he said.

"I'm not real crazy about it, but what are we gonna do? I refuse to be terrorized or intimidated by people too cowardly to identify themselves."

He sighed, "Will you at least agree to be careful? The idea that what happened to Annie could happen to you scares me." he looked back down at the paper with its angry red markings.

I watched him for a second, before speaking, "I won't do anything stupid. I'll watch out and avoid situations where I could be taken unaware, but I can't let these threats rule my life."

"I don't expect you to, I just want you to be careful. Have you at least told the Anikitos about it?"

Anikitos is what we call our pack leaders, at least among the Kitsune who become wolves, our Anikitos has been a friend of my family for years, Bill is like a second father. Knowing and trusting him had helped my transition when I discovered the Kitsune and that I am one.

I shook my head, "I haven't had a chance. I've been home less than ten minutes." he looked at me expectantly, "I'll tell him, just not right now."

"All right, then." he nodded, content that I would let our pack leader know about the newest threat. He dropped the paper back onto the table and headed for the kitchen. "You ready to eat? It'll be better while it's still hot."

"Sure." I followed him, "Chinese smells great, Super Wok I assume?"

We ate while discussing our day. He'd spent most of his repairing a fence that had let out several of my father's cattle. I told him about mine, how frustrating I had found trying to work while constantly fielding calls from reporters.

"The whole thing with Annie has me in shock. We grew up together, were in the same class most of the way through school, even played tennis together in high school."

"I'm sorry," he laid his one hand over mine on the small table, "I didn't know her. I knew who she was, I recognized her on sight, but being older, I never spent any time with her."

I nodded, appreciating his sympathy but understanding what he meant by not really knowing her. The only reason he'd known me in high school was because he'd hung out with my sister Payson, who'd been in his class.

"That this would happen around here and that she would be left on campus bothers me. It's almost like she was left somewhere directly connected to you," he reasoned.

I looked at him a moment, thinking about the possibility. Was Annie killed as a message to me? Or was it just a coincidence that she had been dumped on campus? Was the note from her killers or just the group that had been harassing us using it to their advantage? So many possibilities that I had no answers for.

"I don't want to think about it anymore tonight. Let's go watch some screen and relax. I've been dealing with this all day and I need a break." I said, standing to clean up after dinner. 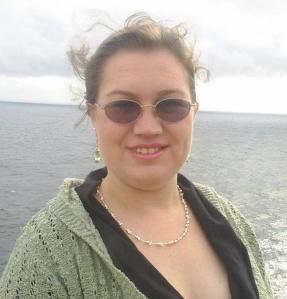 Melissa was born and raised in Arizona, she's spent her entire life living across the southern half of the state. She's found that, along with her husband and three children, she prefers the small towns and rural life to feeling packed into a city.
She started reading at a very young age, and her love for series started early, as the first real books she remembers reading is the Boxcar Children series by Gertrude Chandler Warner. Through the years she's found that there's little she won't read, and her tastes vary from westerns, to romance, to sci-fi / fantasy and horror.